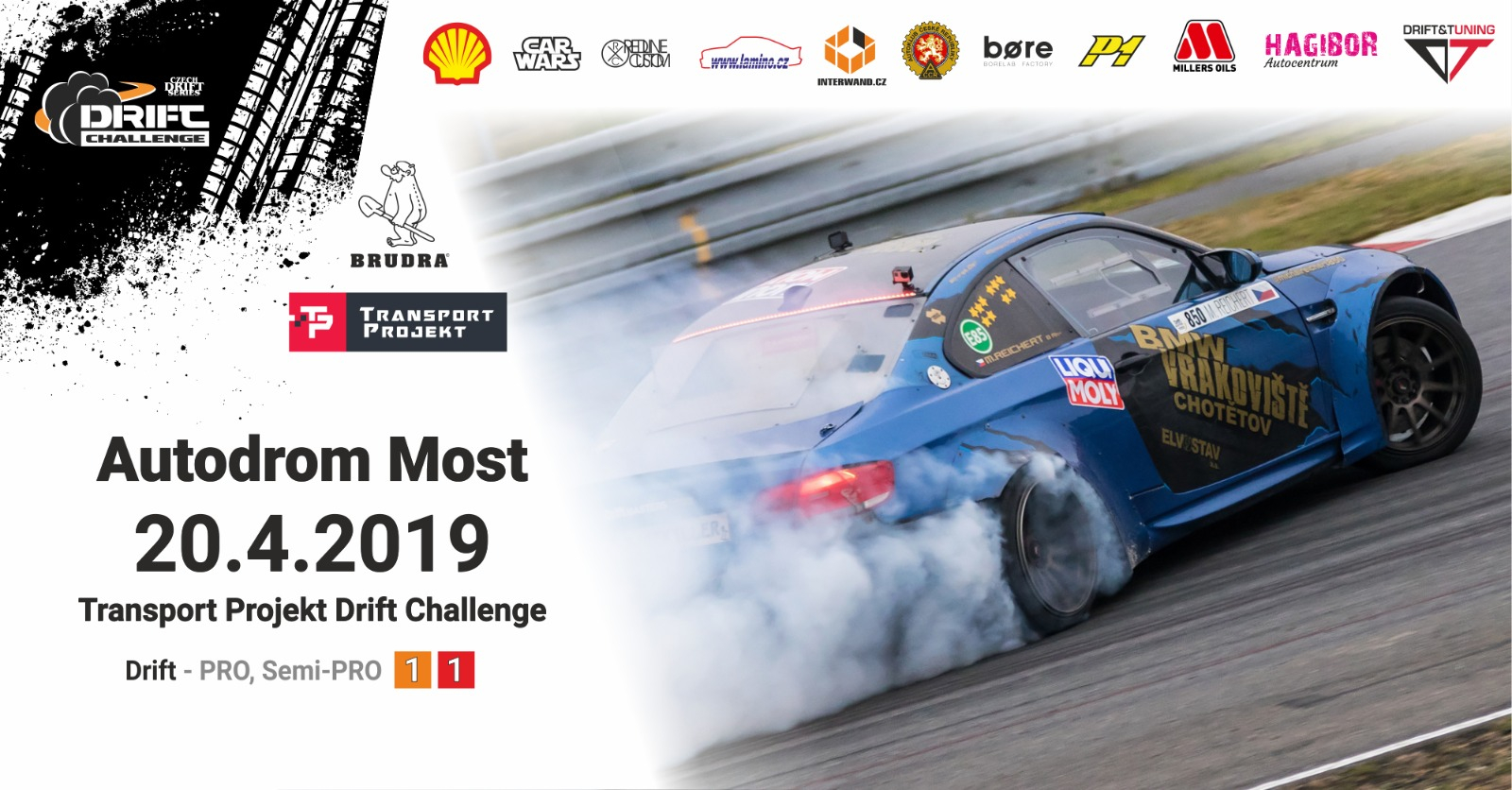 As you all registered, on Saturday, April 20, 2019, the first event of the Czech Championship in Drift for PRO and Semi-PRO categories took place, as many fans, but mainly riders, waited impatiently all winter.
And not just them, but also the CDS team. He had a bit of a hard time before the race, when the race from the originally planned race at S-Drive Polygon in Hradec Kralove, where the traditional official training and scrutineering was to take place, was moved elsewhere, because it was not possible to find it so quickly. another solution.
It succeeded, fans and drifters eventually about RD1 Transport The Driftchallenge project did not come and first met on the training track in Litvínov, where they could test the technology and scrutineering took place there and on Friday evening both groups moved to Autodrom MOST, where they were the race itself.
Although it was possible to race only one day at the autodrome, thanks to the careful preparation, great cooperation of the racing circuit and the discipline of the riders who respected the rules of the jury and the organizers, both the trainings and the qualifications and the race itself managed to go 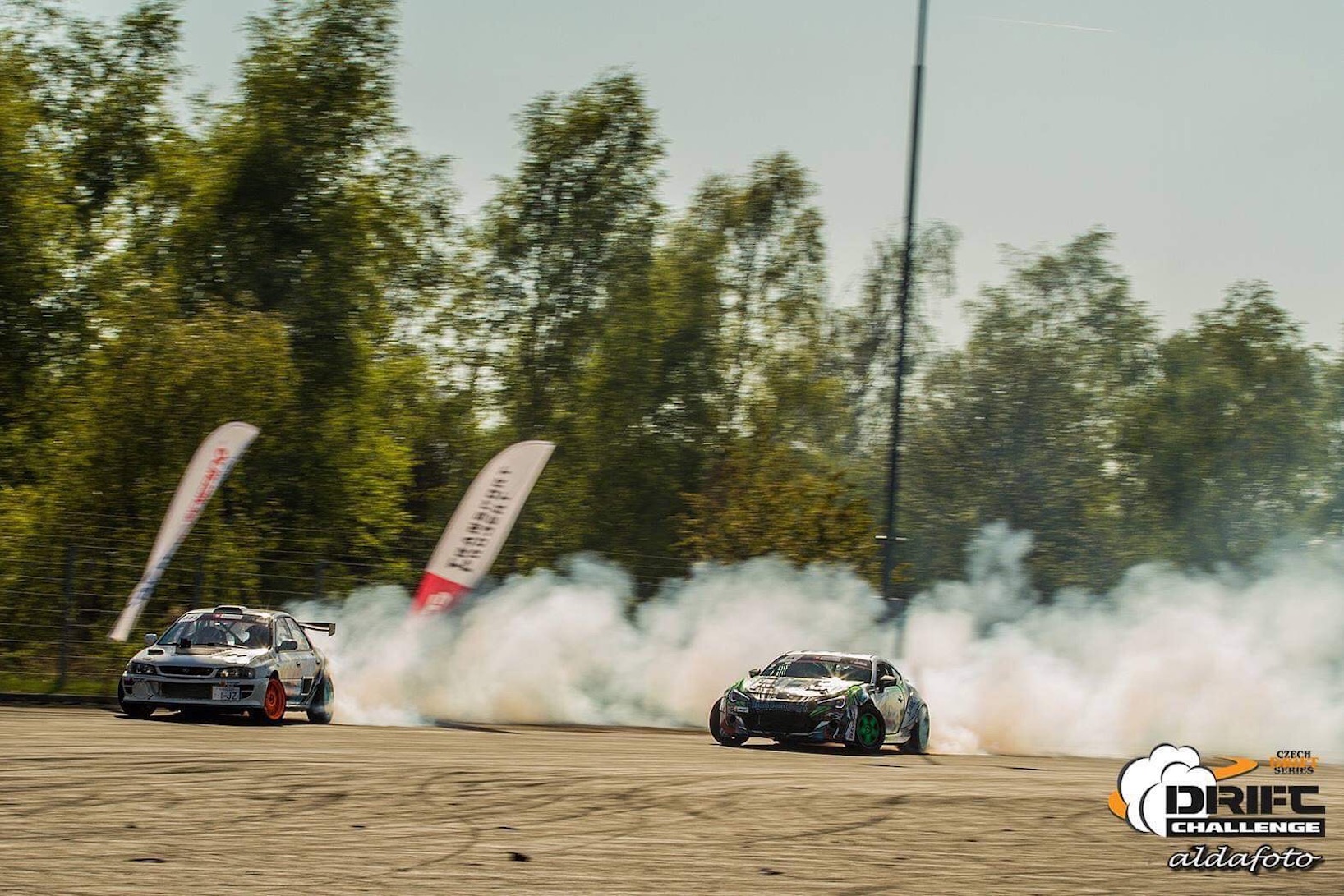 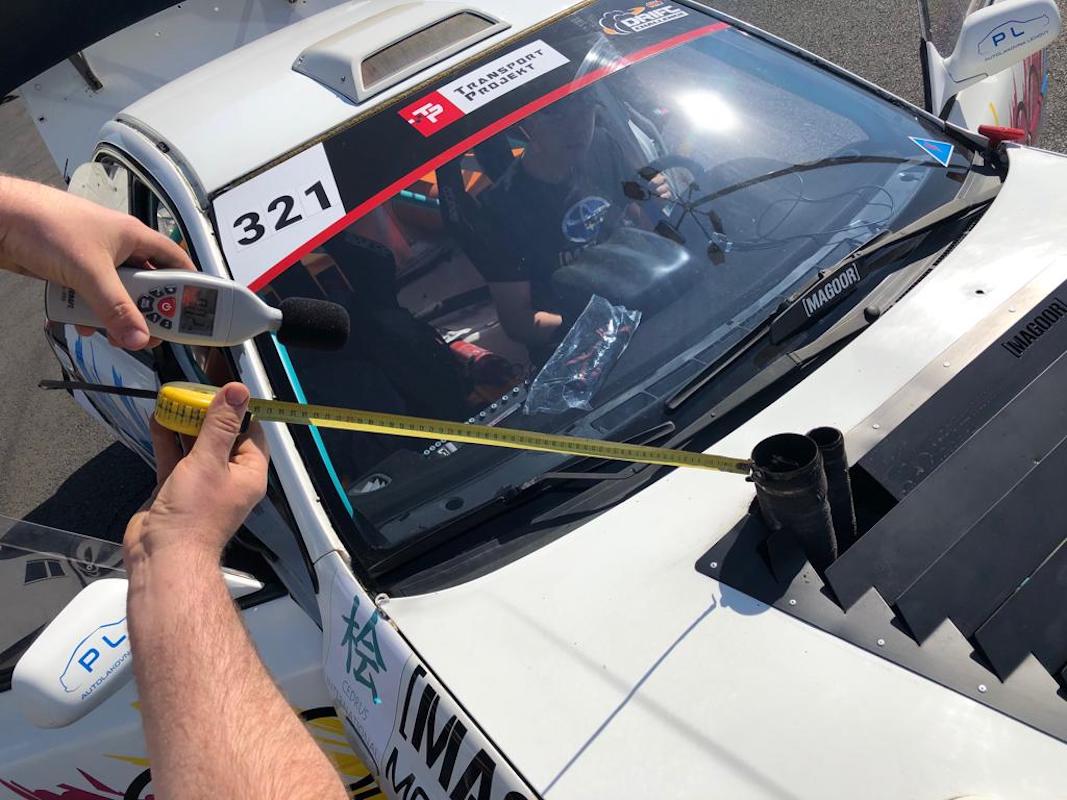 And now to the race itself. As usual, the new season always brings a few changes, news and surprises. This was confirmed by the riders, when they brought again a slightly better technique, they came much better prepared and it promised again higher level of the race and spectators attractiveness. 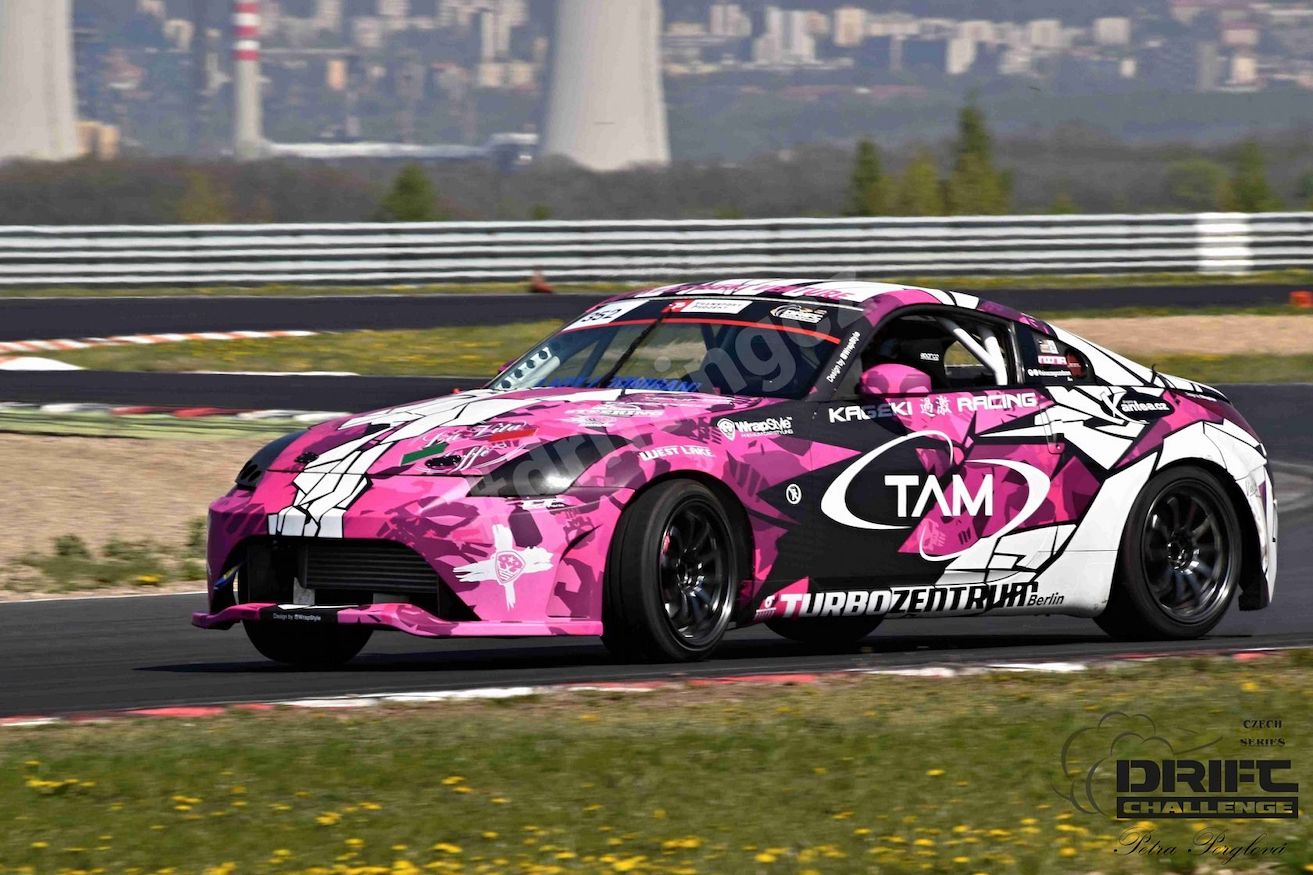 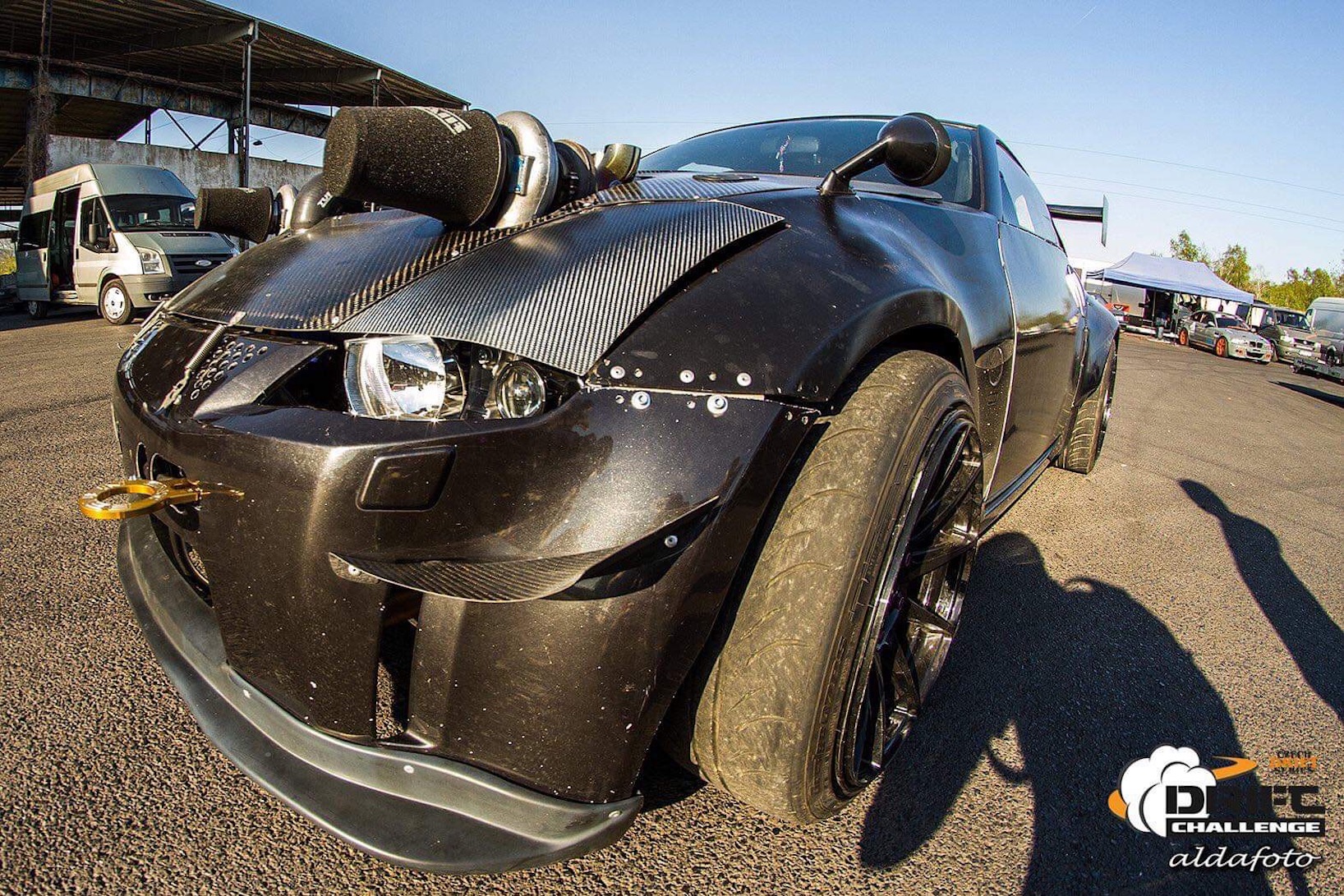 As in the past, the track was prepared for both PRO category and Semi-PRO. So the jury was double this time and nobody stayed and everything was running out. 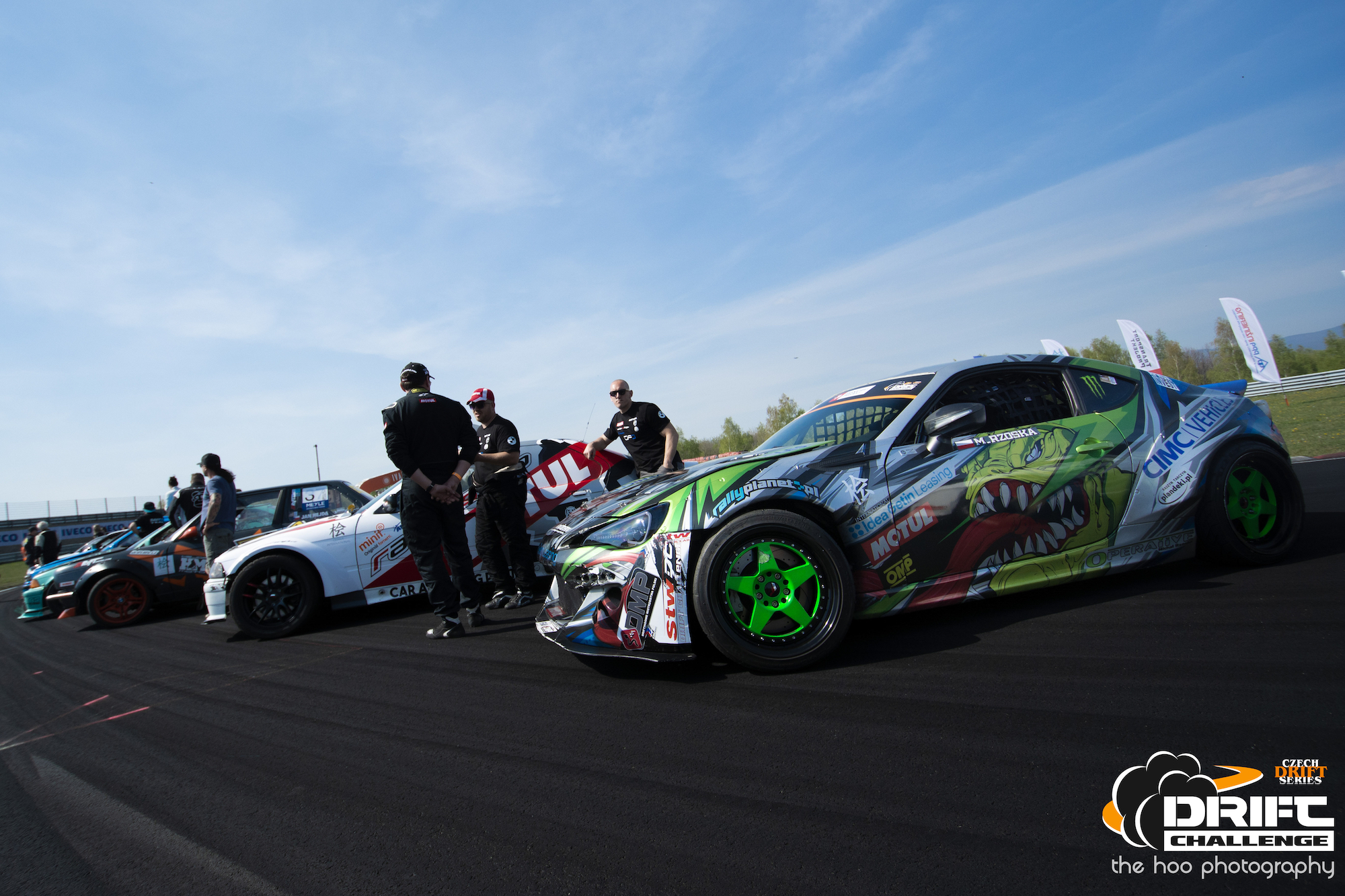 In the SemiPro category, 18 racers eventually arrived, but unfortunately due to technical problems, only 16 took part in the qualifying session. more or less without major issues. The winnes was Dominik Kouba, before Jan Hejda and Jakub Valena. 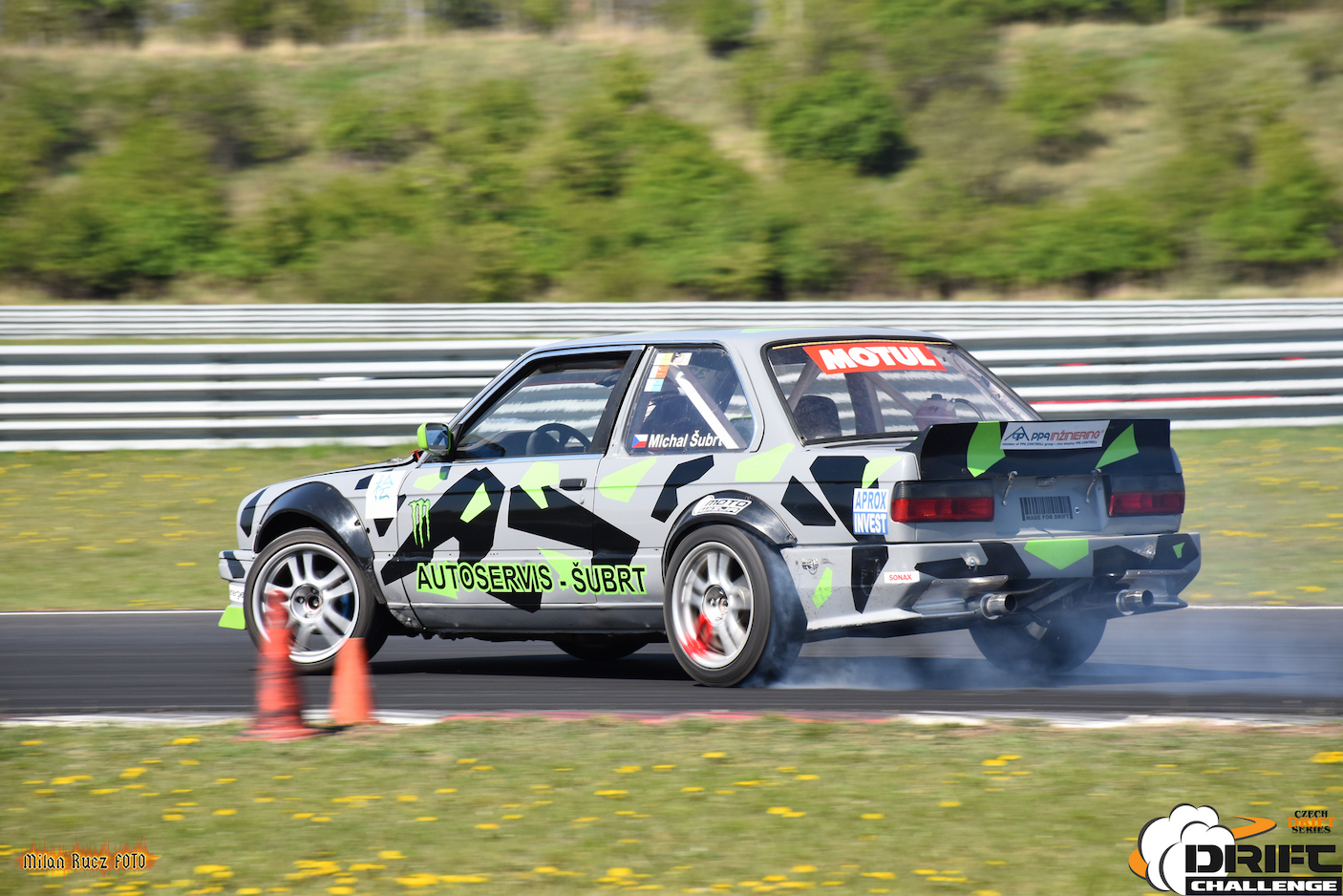 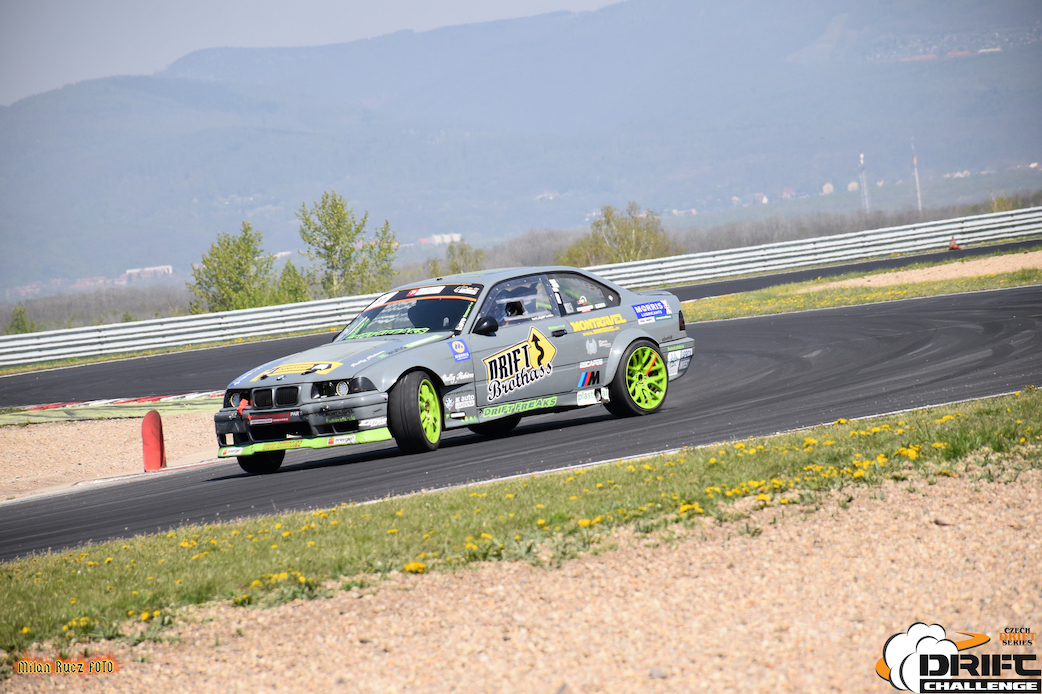 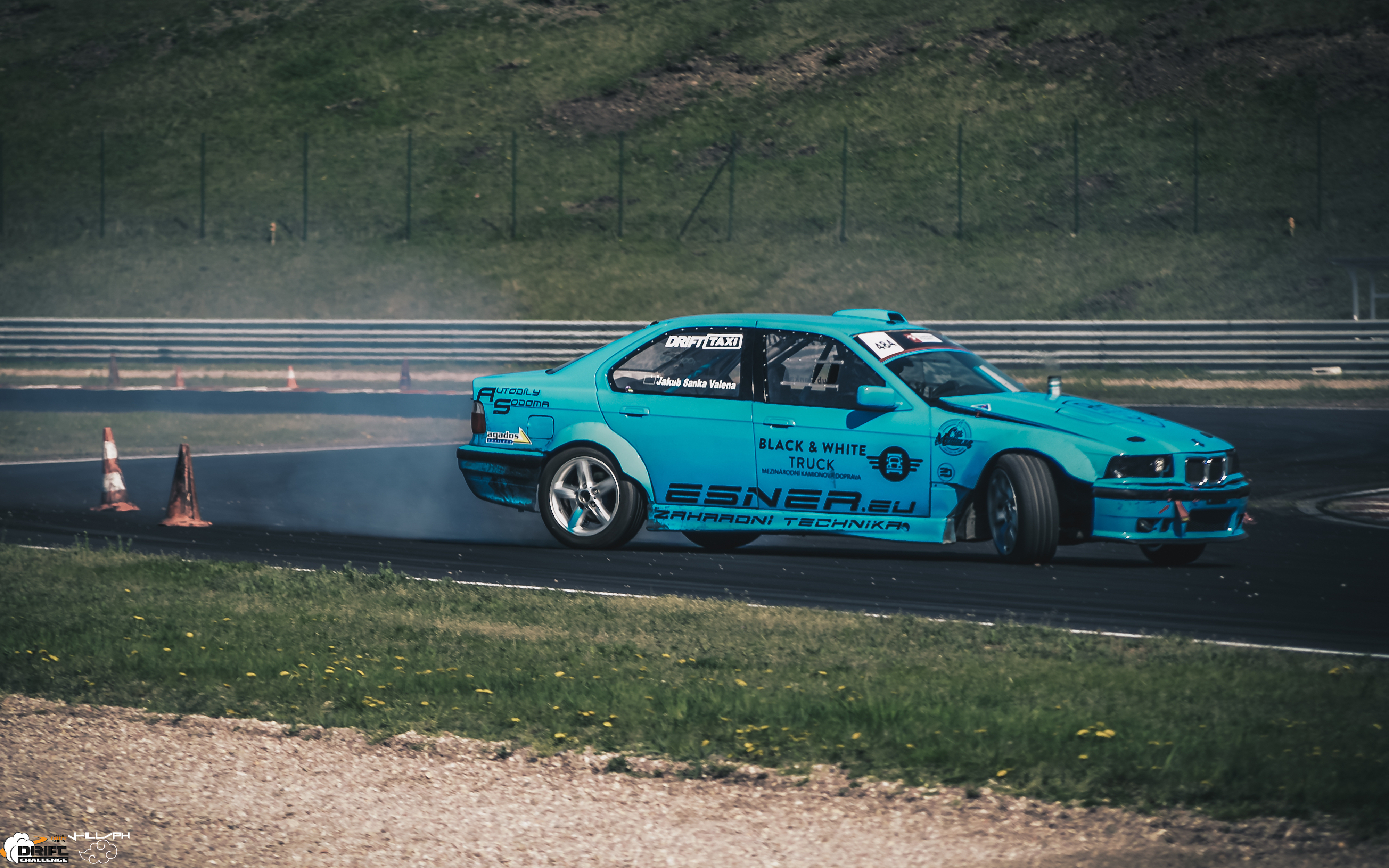 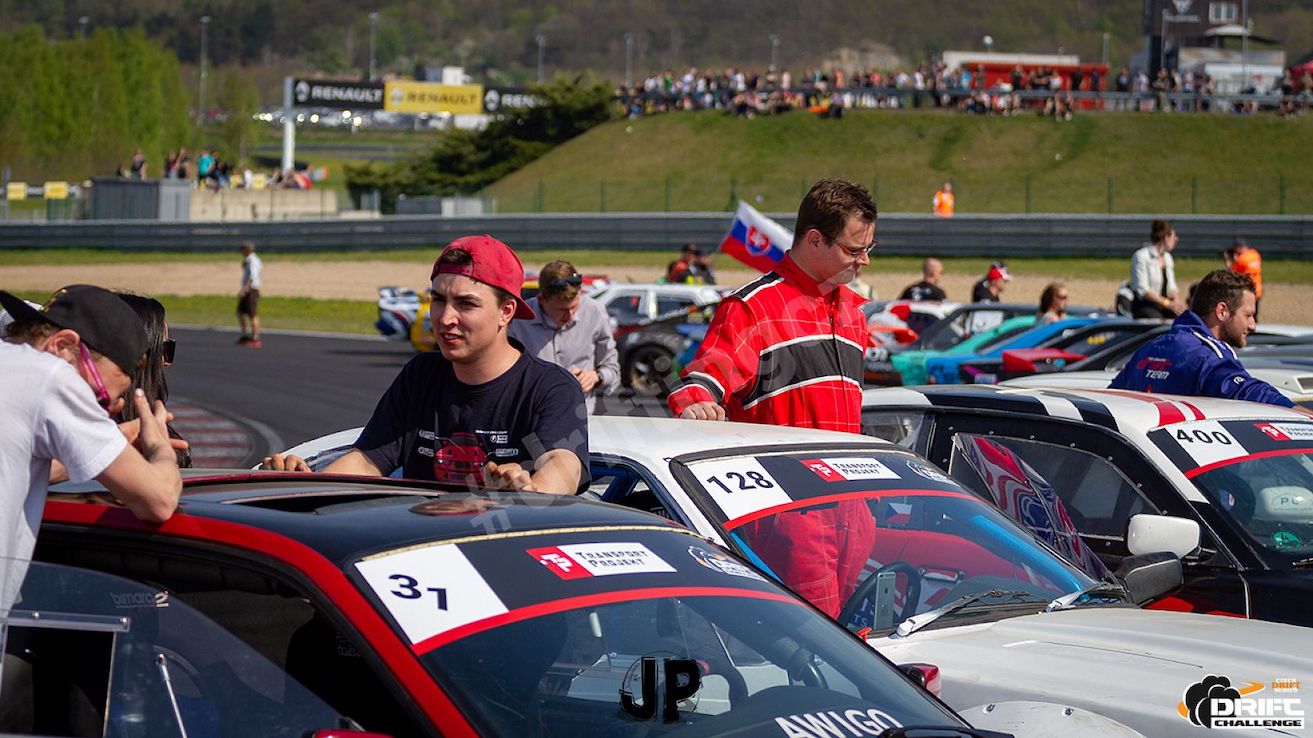 Battle was not much different from colleagues in the higher category, and drifters were fighting for every inch of the track and didn't give up. Their balance was also evidenced by the fact that the final races from the top 8 have been repeated several times due to balanced scores. The final was finally dominated by the 3rd in qualification, but Jan Hejda, who made a mistake in repetition, rewinded and thus helped Michal Šubrt to win. On the 3rd place Jakub Valena finished, who defeated Jan Pecina in the semi-finals. But the reactions of all riders were very positive and everyone is looking forward to retraining this season in Most again. 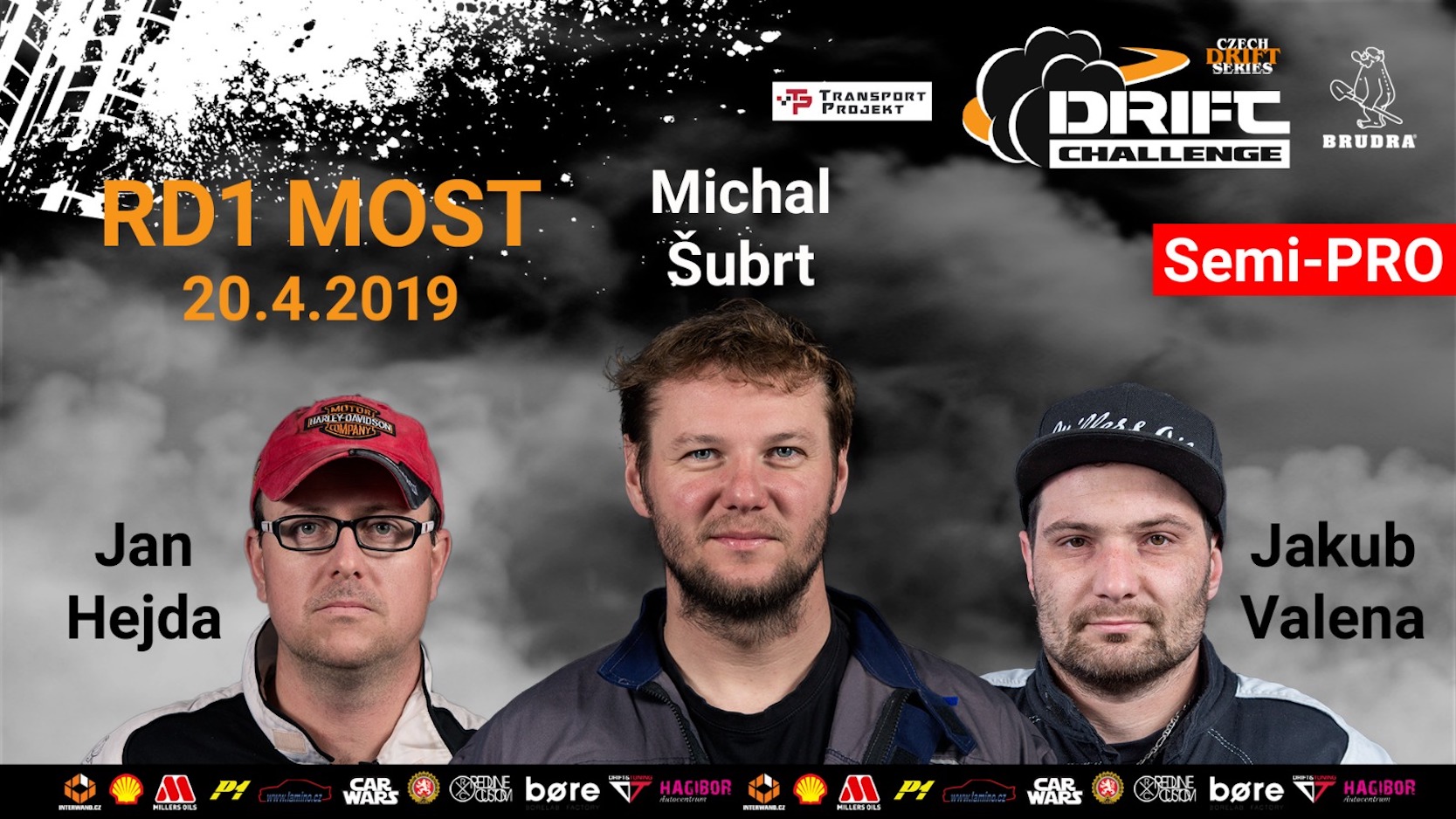 In the PRO category it was clear from the morning that it would be a ruthless, fast and aggressive fight and that it would definitely be something to watch. 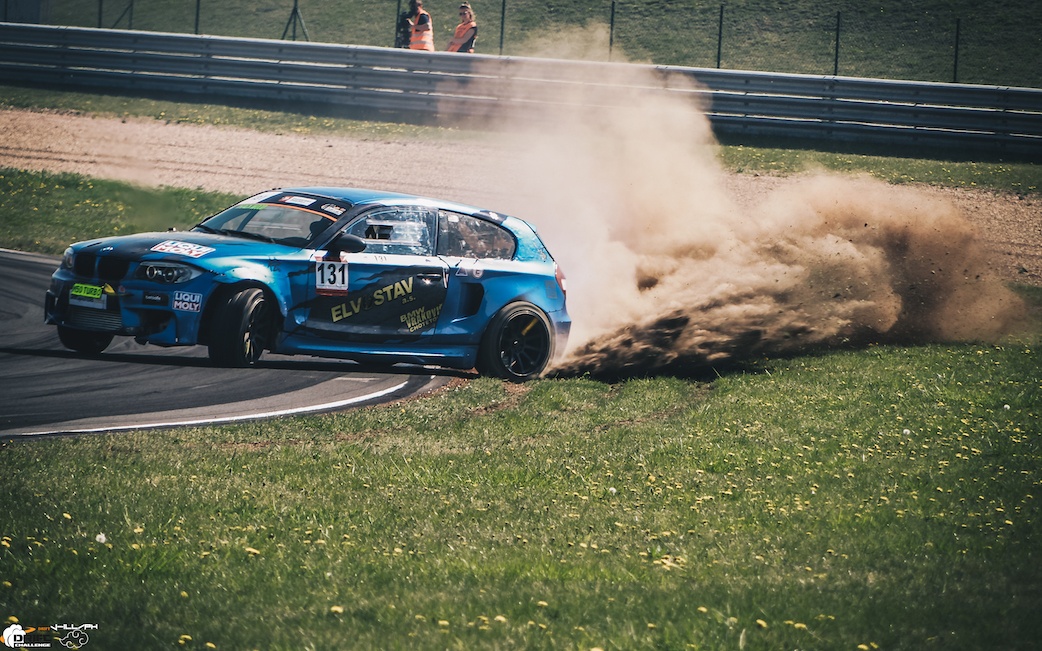 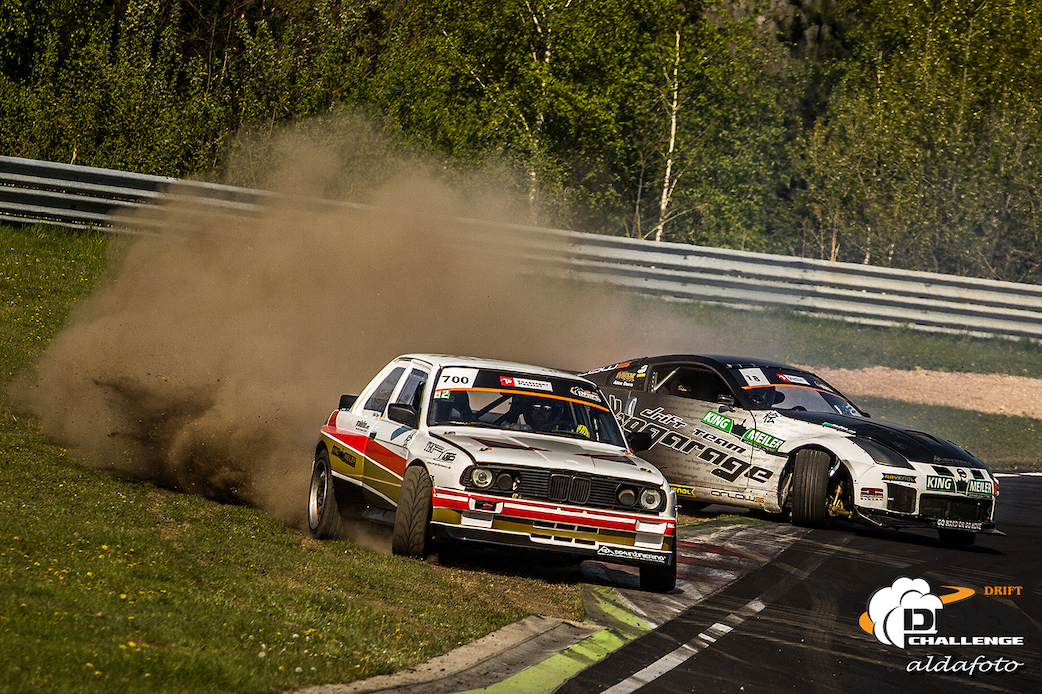 Qualification was dominated by Michal Reichert, who had his engine dismantled on the Friday night and didn't know if the car would go at all, 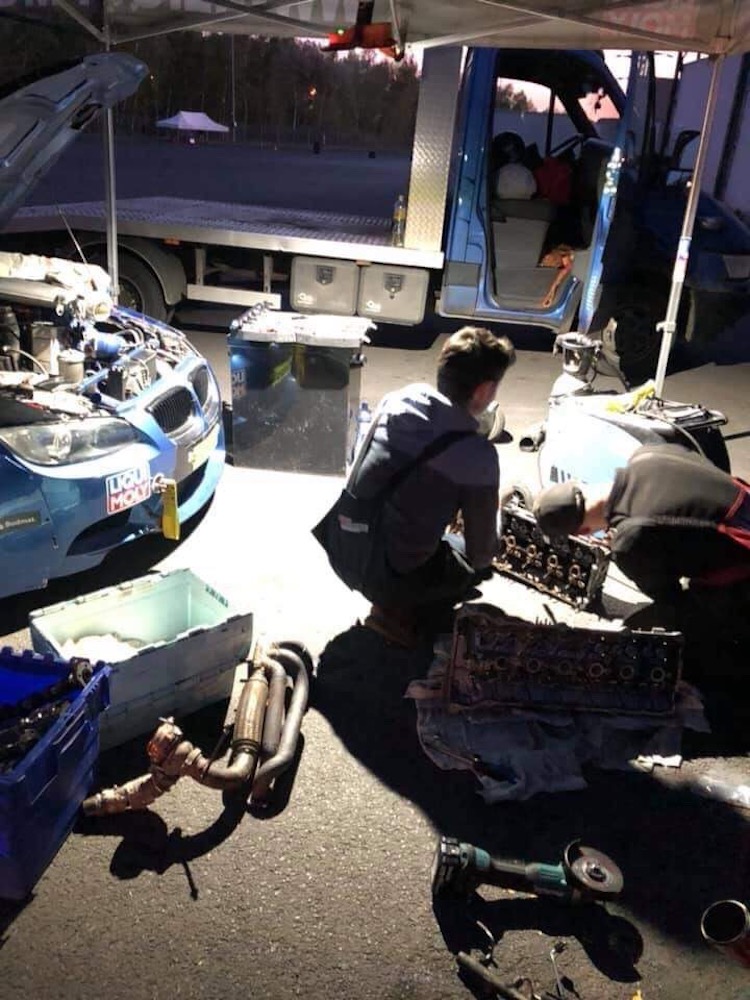 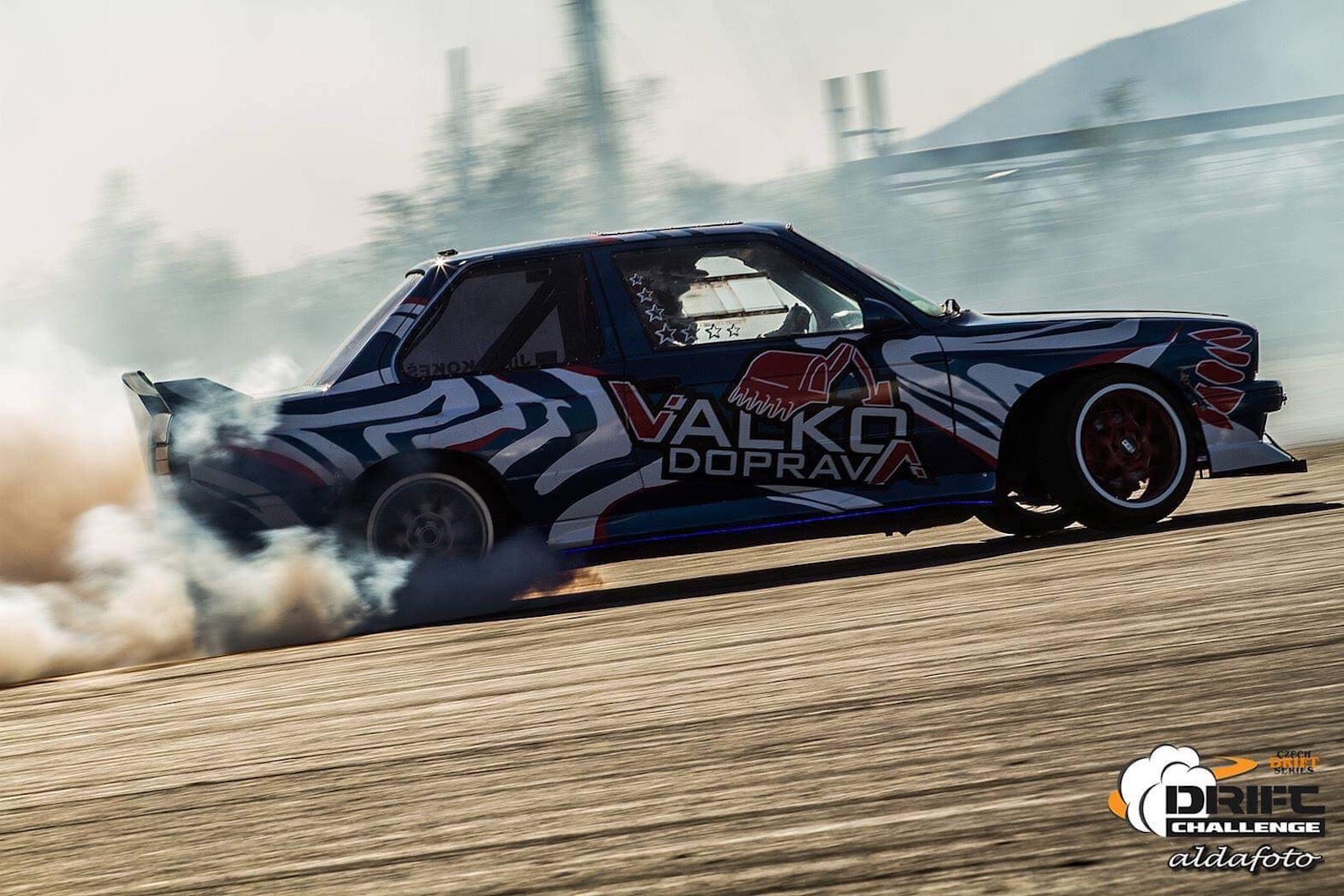 But during the training, it was obvious that it would not be a race at all, when some riders had problems with the technology to handle the speed of the circuit, problems with the right track, but in the end it was confirmed that they were really pros and everyone qualified. Unfortunately, however, only 11 of the 14 registered cars showed up due to failures. Unfortunately, this did not miss David Mourka and Marco Zakouřila, so both of them could only cheer and they would have to do something to fix the next race. 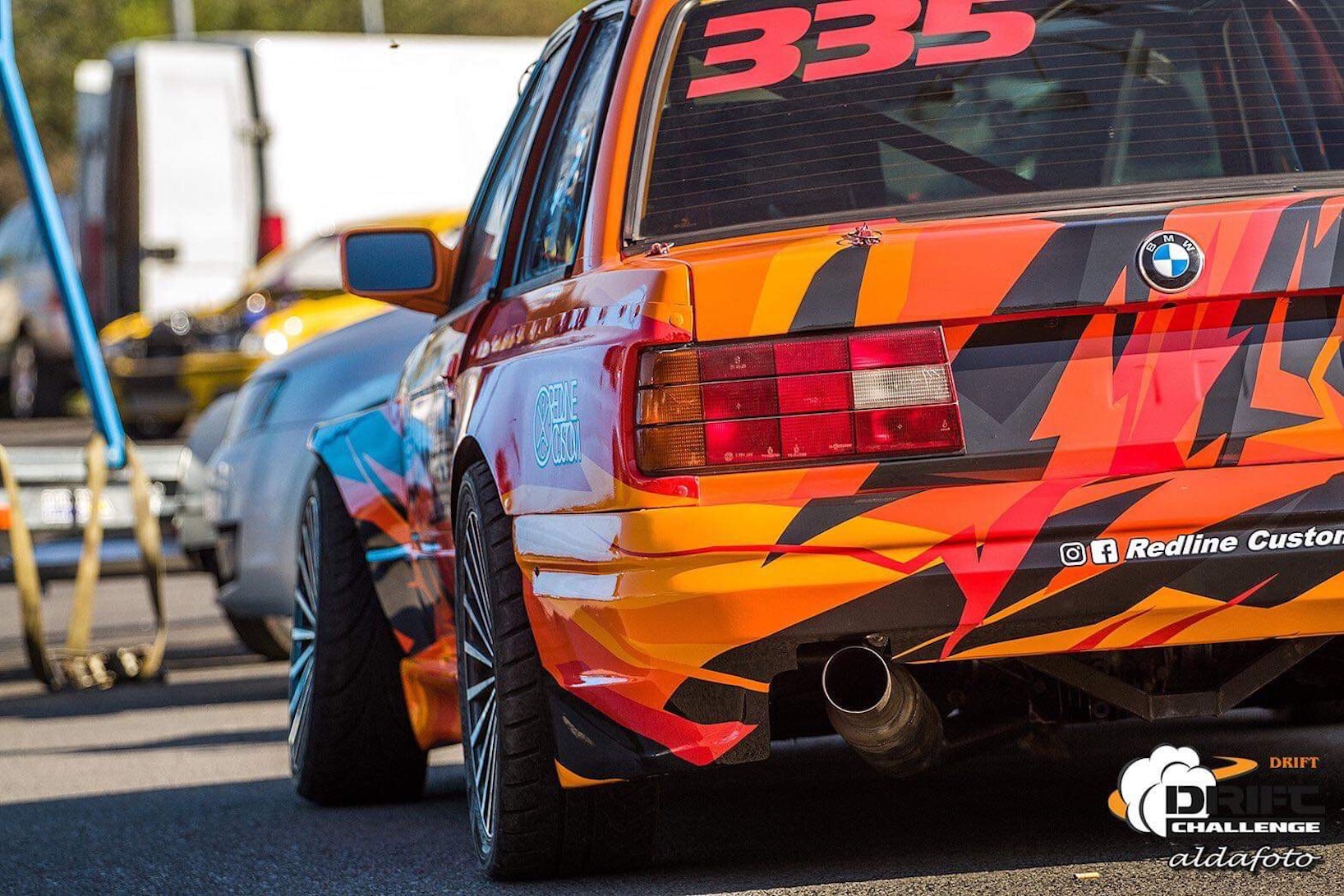 The race itself brought many twists and turns. Already the first battle between Janos Onodi and Michal Rozska ​​had to be repeated, when the Polish rider finally finished with a victory, unfortunately there was an accident at the battle, when Stanislav Bezouška did not manage his car and at full speed he flew into the crash barriers and finally Jiří Kokeš attacked Alex Dorn and he was getting ready for the final. 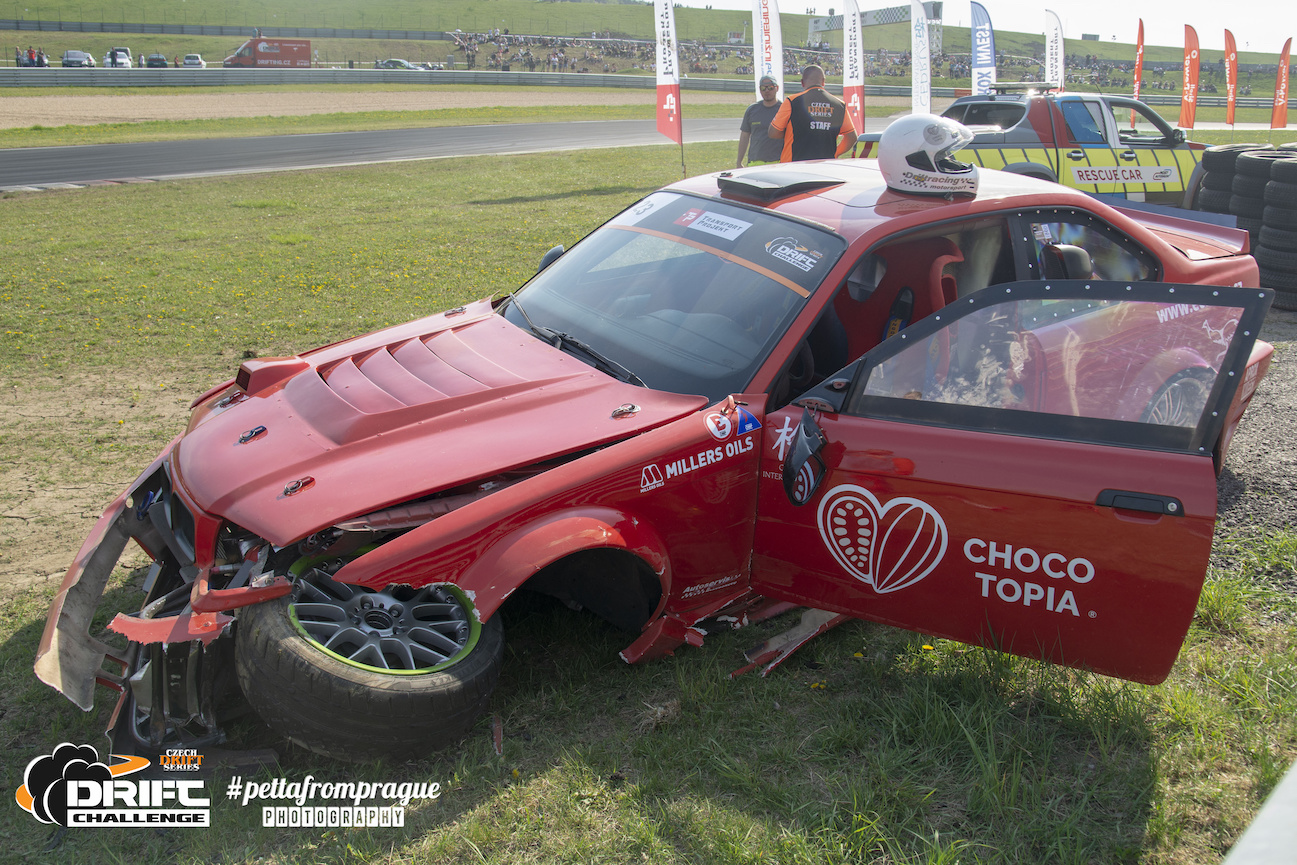 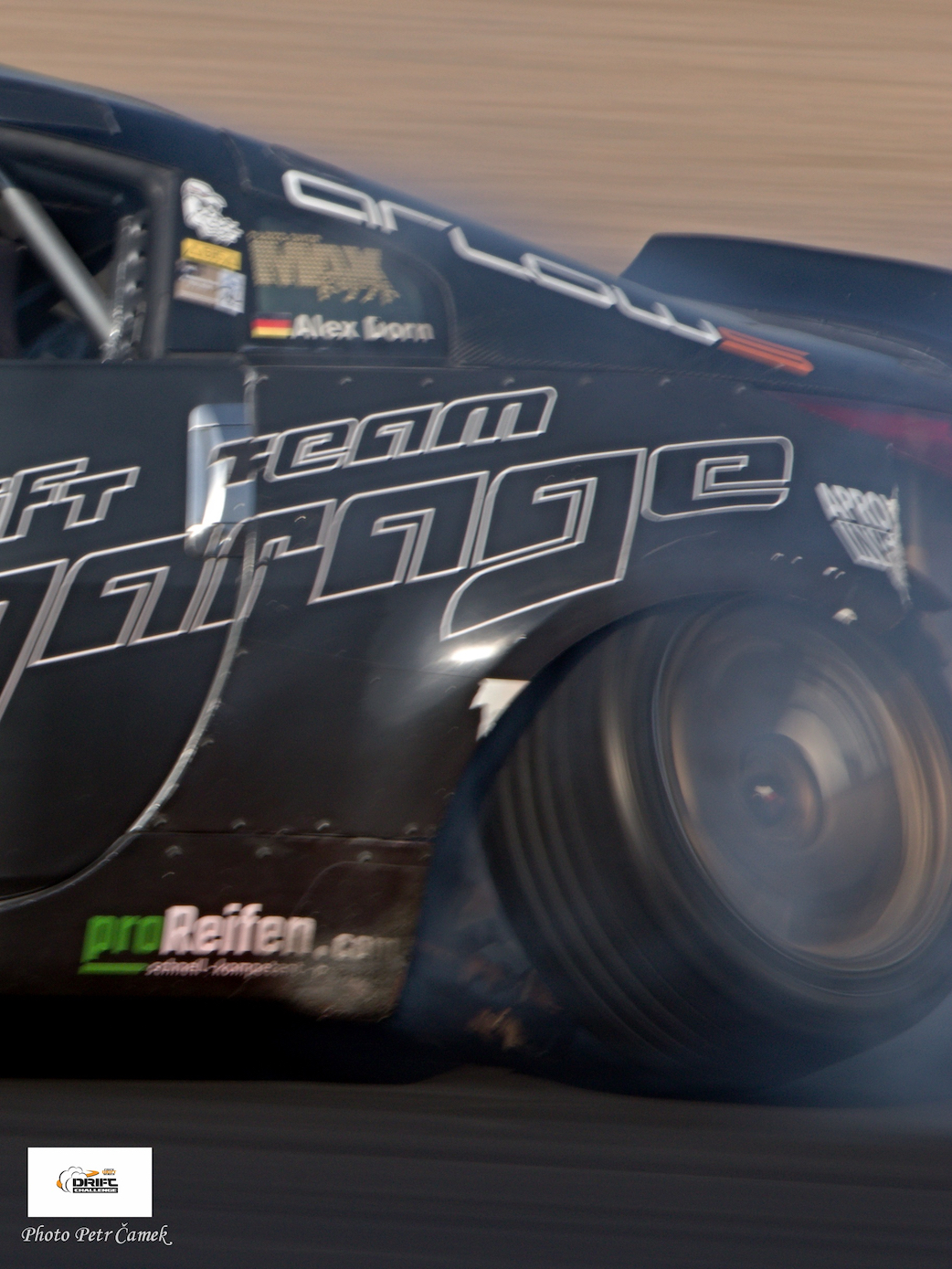 Unfortunately, however, both cars were so damaged that they eventually struggled for 3rd place and 1st place was almost out of work for the winners, as they were only passing by "ByeRun" which means passing the track in drift, without a rival who cannot board. So Martin Mašek, who fought through all of them, finished 1st, in front of Alex Dorn and finally Michal Reichert, who bronze the whole autodrome into a surreal cloud of smoke every time the track passed. 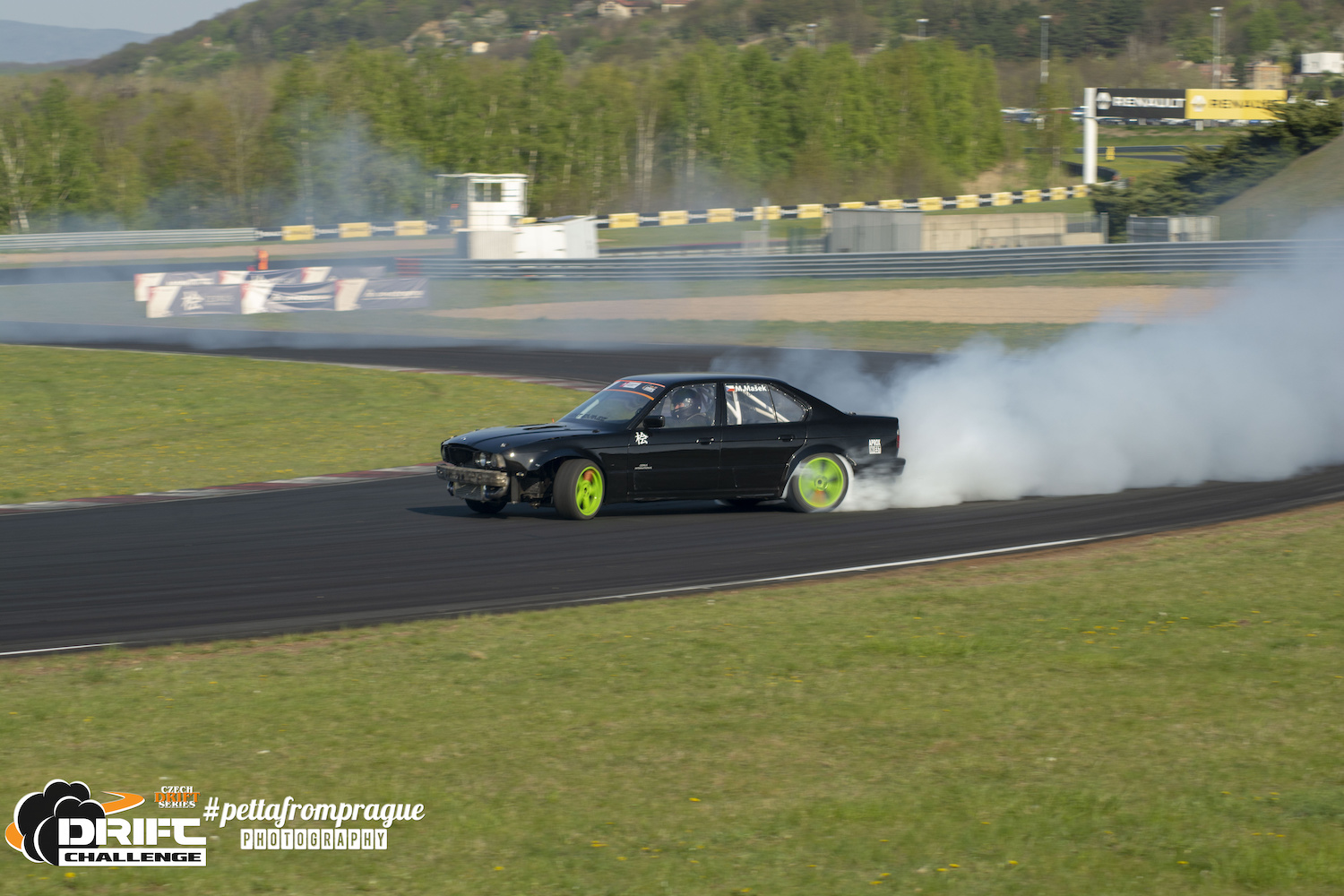 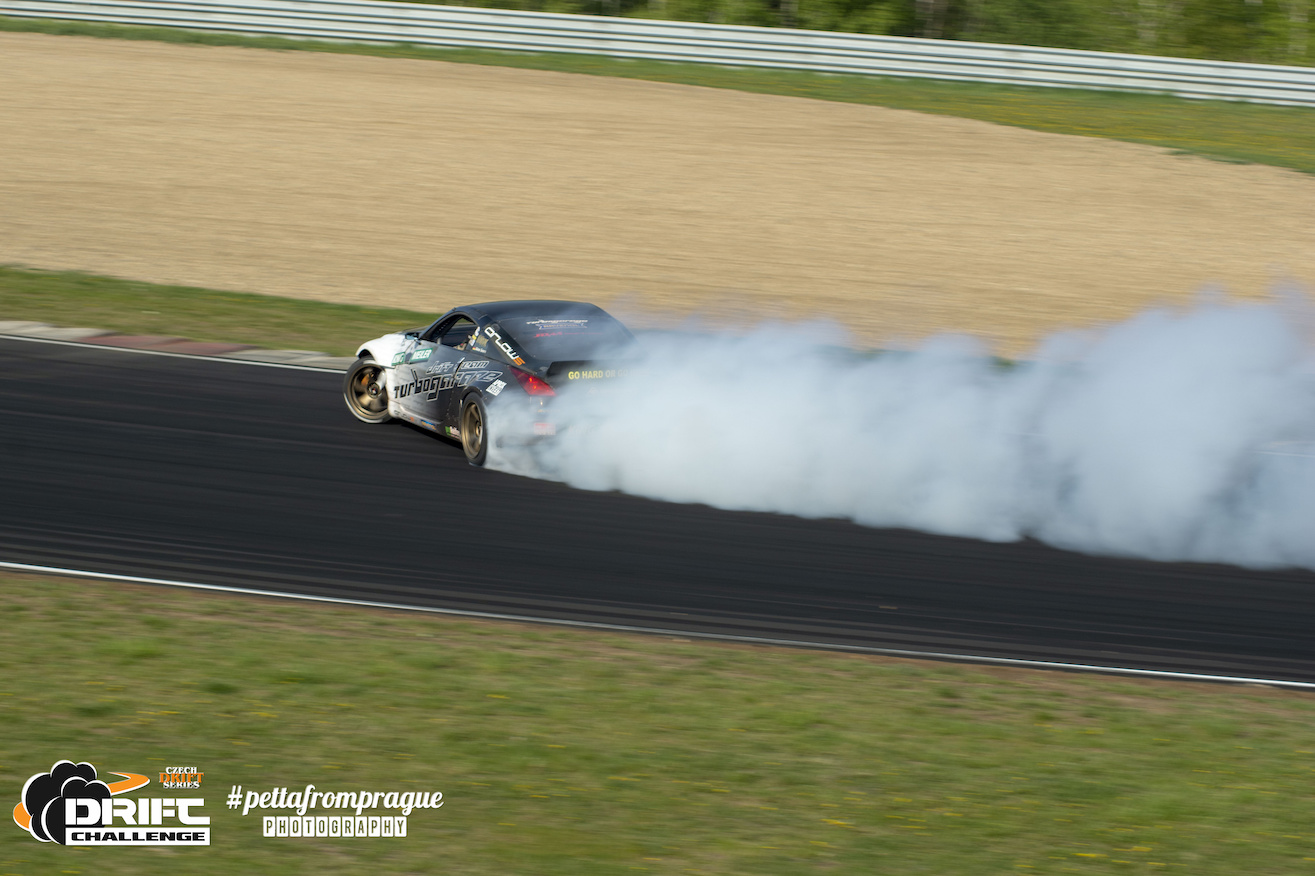 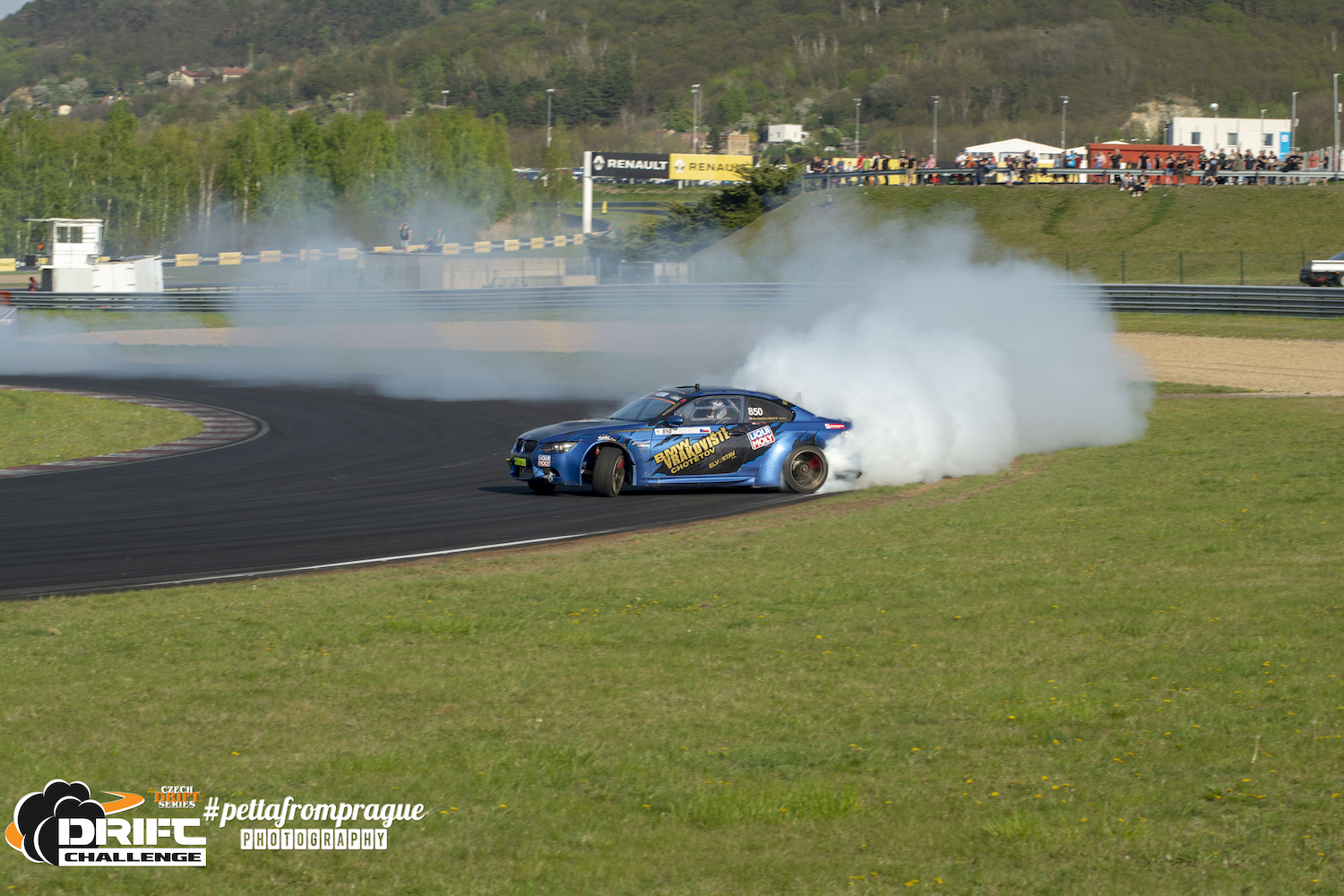 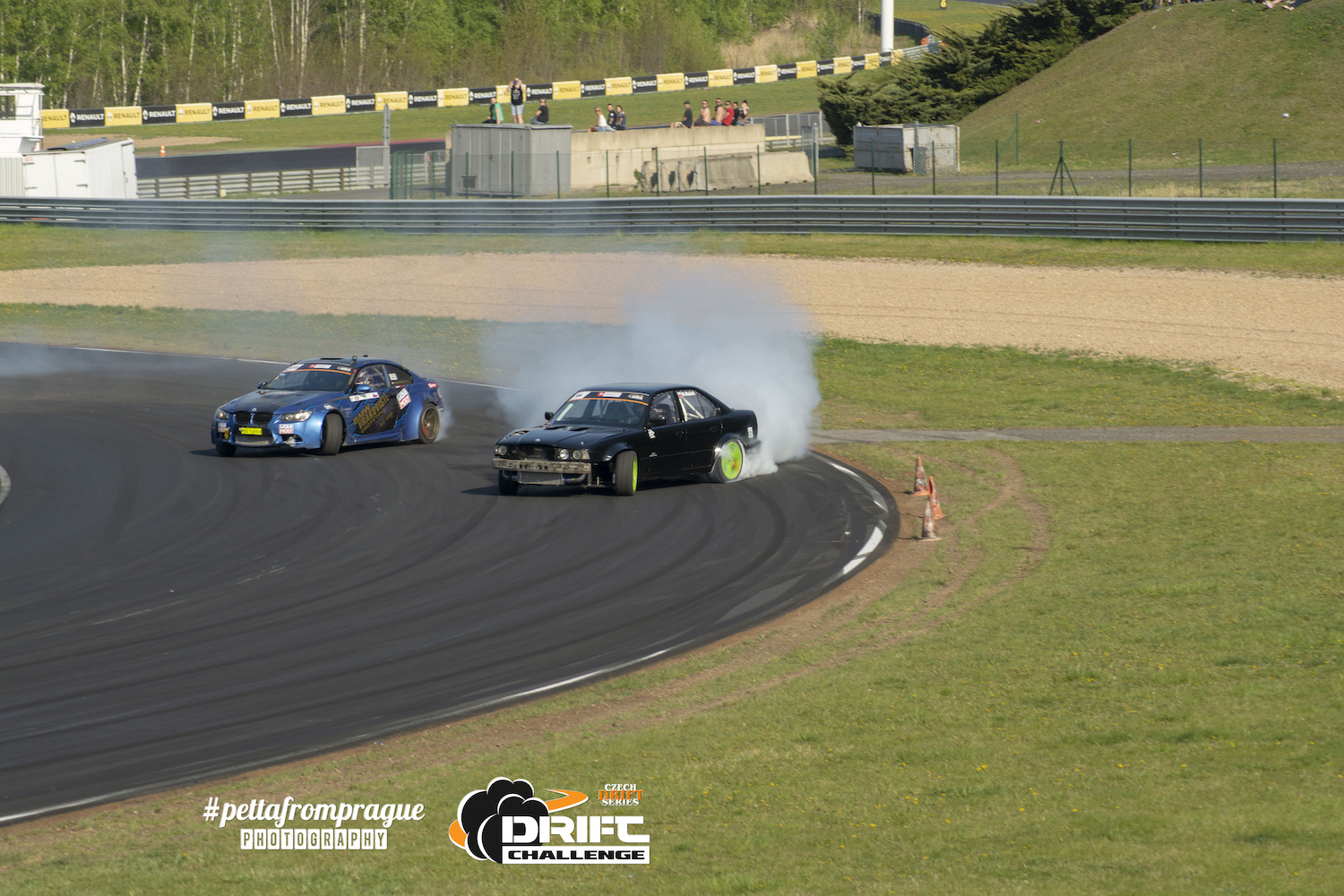 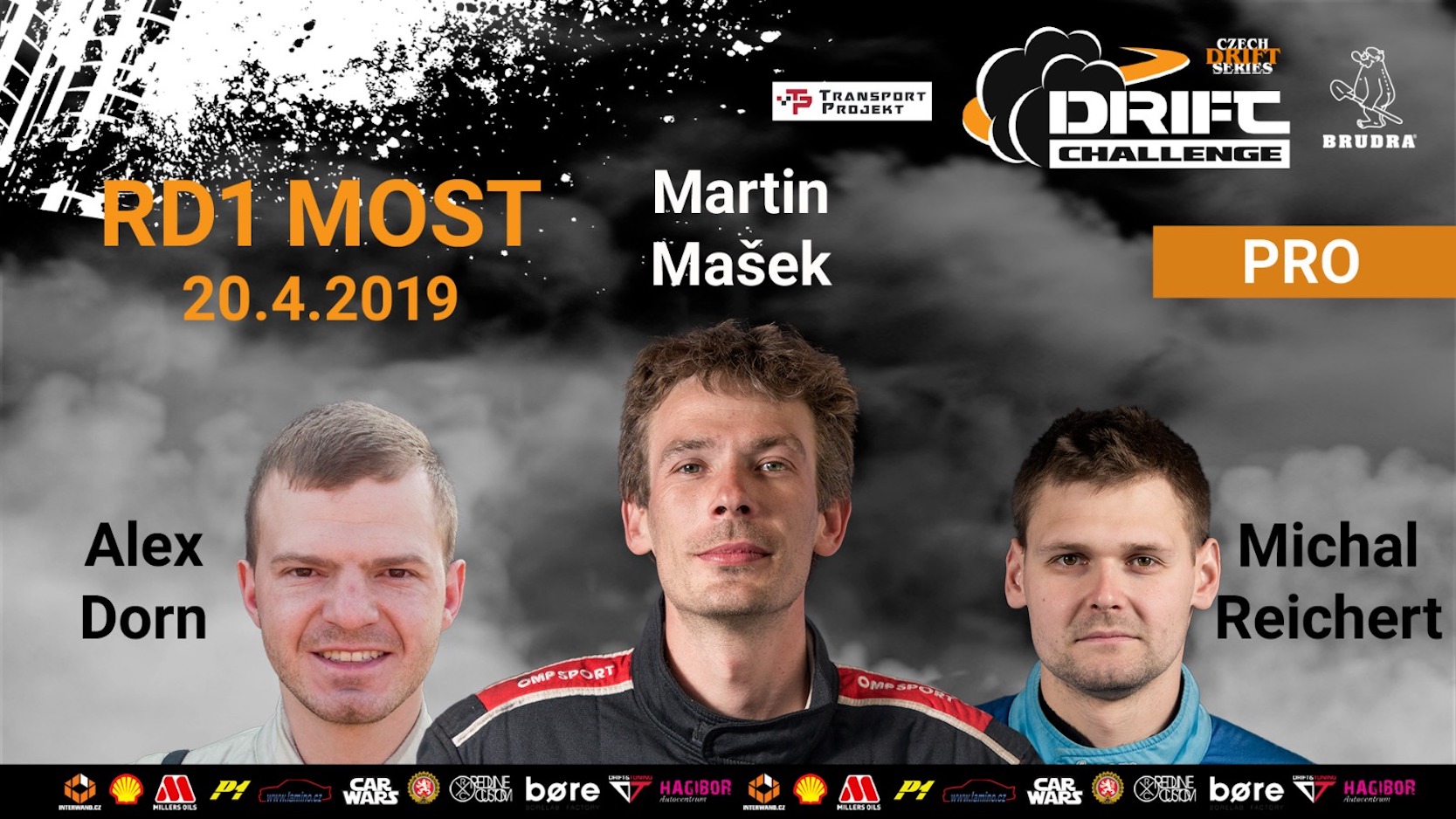 So finally, who saw it live, experienced the incredible atmosphere, but the audience at our livestreamu certainly enjoyed the races. We are satisfied with the organization team and we could go to the next race, which took place on Sunday 21.4.2019 in Litvínov for STREET and STREET +. 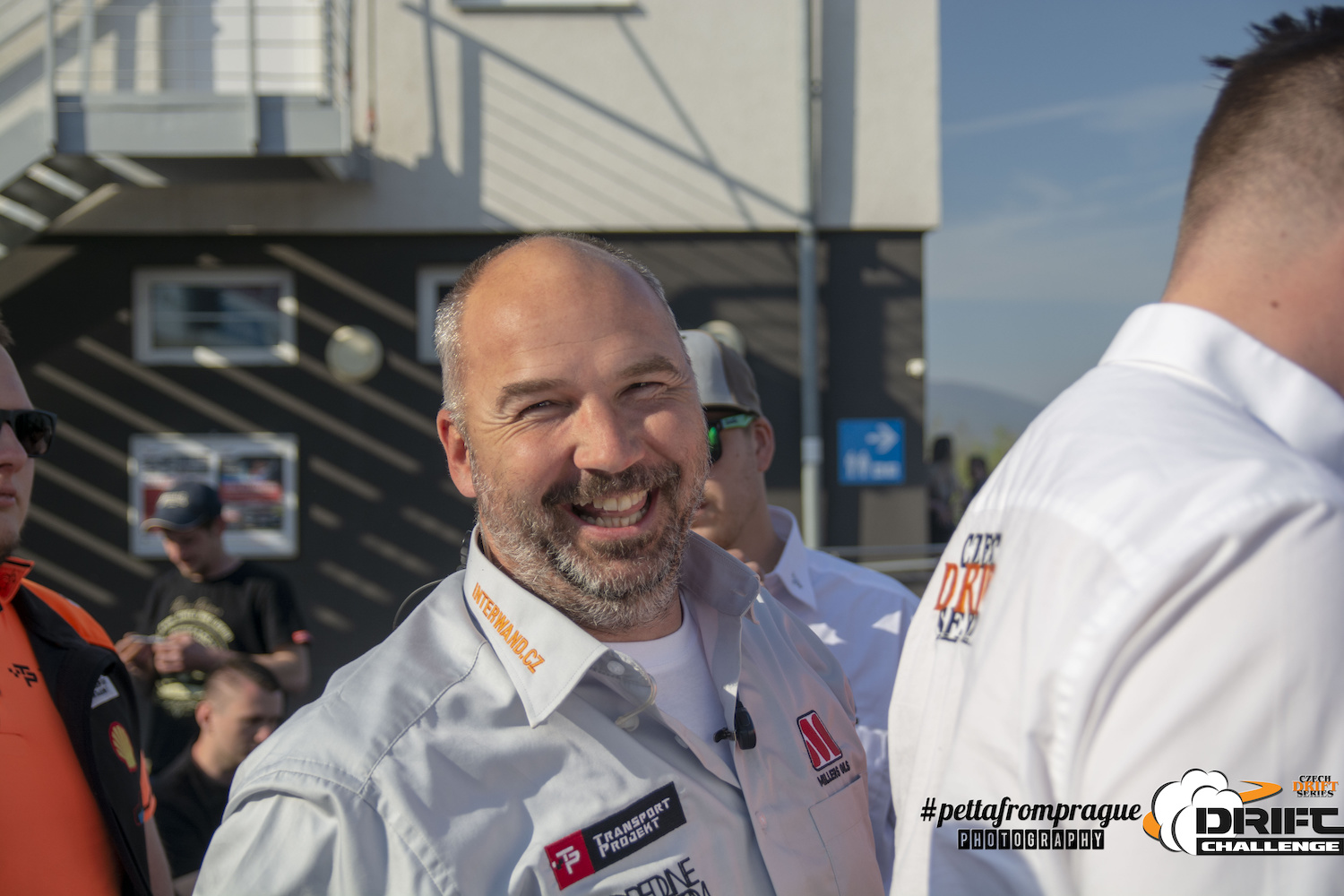